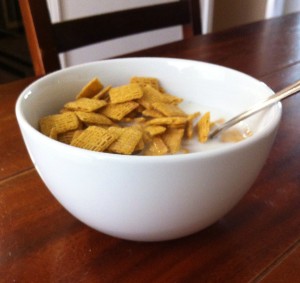 The following are all the meals that everyone in my house will eat for dinner without complaining:

Penne with meatballs.  The end.

So since my kids don’t really eat what I cook for dinner, they are not surprisingly hungry before bed, and while most Moms would take a hard line and as a result actually make some progress in this area over time, I am weak and sabotage myself night after night by offering a small and simple snack like fat-free saltines, string cheese, or toasted wheat bread with jelly. They always refuse though; a big bowl of cereal with milk is the only thing they will consider. “Now off with you into the kitchen, woman, and hurry. We haven’t all night.”

I argue with them every time as if it’s the first time. “Cereal with milk is not a snack. It is a meal. It has a bowl and a spoon that I will have to clean, and I’ve already closed the kitchen. Dry cereal without milk is a snack, you can have that.”

“Not acceptable, get us the milk.”

I am not kidding, this is what goes on in my house every single night. Some nights I just don’t have it in me to fight, but other nights when I’m feeling particularly audacious, it’s a full-on war. I will declare, “On this day, let it be known far and wide that cereal with milk at bedtime is forever banned from this house! This shall be the last time you will cause me such suffering.”

They took me seriously once and I didn’t have to serve any cereal with milk or clean any additional dishes at bedtime for a few weeks, and it was great! I think maybe it was because I introduced those buttery club crackers in the green box from Keebler, or “night crackers” as we now call them. That excitement ran its course, however, and we are sadly back to square one.

Parenthood is full of these battles, I knew that. I feel like I am prepared for some of the bigger ones. Like in the event I ever catch any of them doing drugs, I myself am going to do drugs and then make them take care of me while I hallucinate a game of Monopoly with the members of One Direction. Or, I am going to simply set myself on fire in protest like a Buddhist monk. But the smaller battles have thrown me for a loop and have seriously worn me down. And let me tell you something, it’s not by accident, either. It’s a proven strategy of war to keep your opponent focused on the minutiae so that you can ambush them in a big way sometime down the road. They are smart, these kids, but we have to be smarter. Which is why I have created the following plan:

Introduce animal crackers as a replacement for cereal with milk.

They won’t be able to resist! I’m also considering a visual like yellow caution tape to help them understand the concept of a closed kitchen. Now, be honest, what, if anything, do you offer at bedtime? 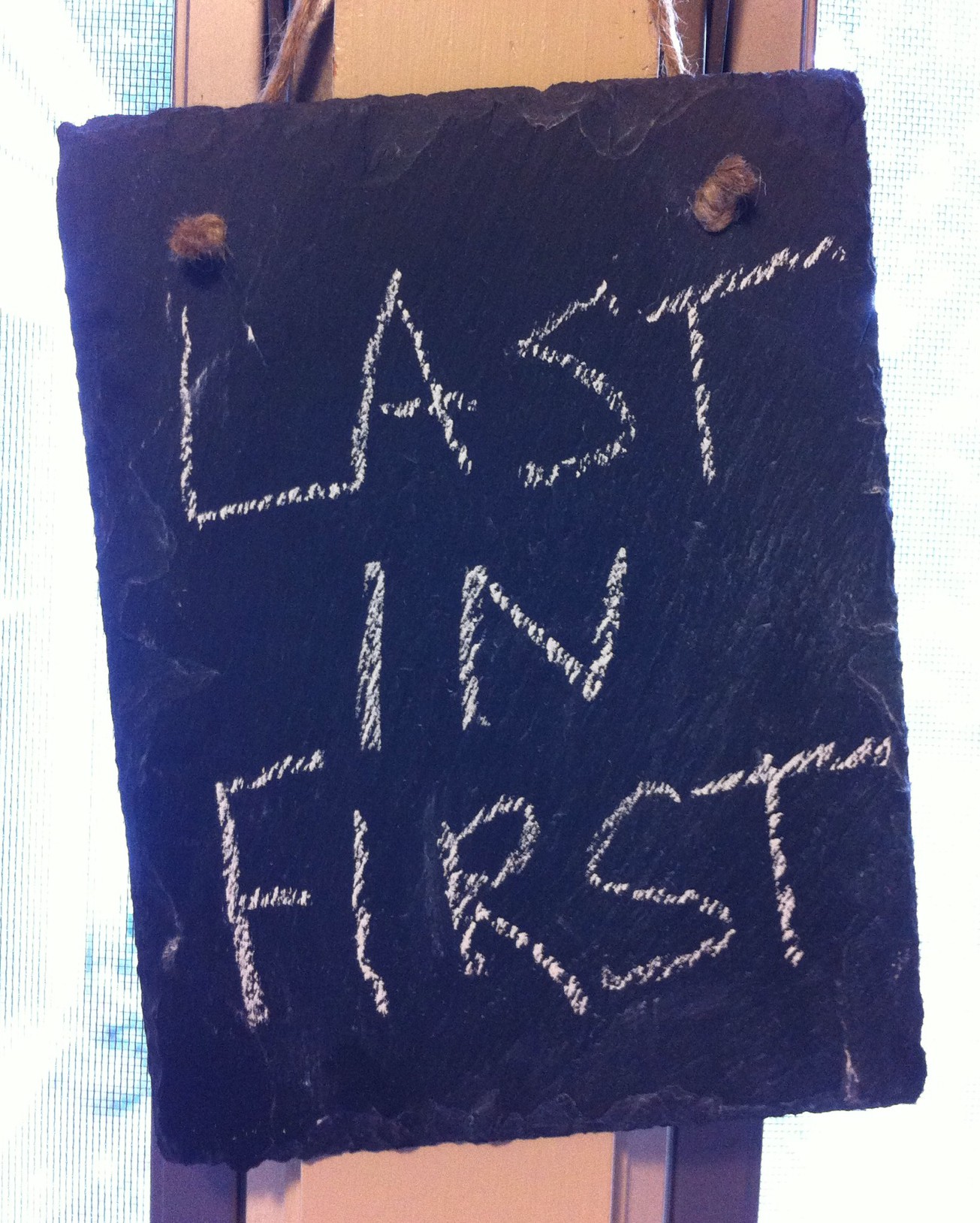