My kids have only been in school a few days but my last and youngest is already having problems. There are three items in his incomplete folder, while everyone else’s is empty. The reason for this is that he’s taking his time with his artwork, hoping to impress his teacher and get off on the right foot with her. But he keeps messing up, erasing, and starting over again, which eats up all of his time. Like me, he has grandiose visions of perfection that he just can’t seem to translate to reality. He then gets frustrated and shuts down, comparing himself to his neighbor who doesn’t get bogged down with the burden of perfectionism and is actually enjoying — and finishing — the assignment.

To help him, I gave him a pep talk about how it is good to take our time but not to worry about being perfect.

“You know, art is one of those things that doesn’t have to be perfect to be beautiful. In fact, some of the world’s best artists were messy on purpose.”

“Good, because you should see my self-portrait.”

The self-portrait was one of the first things my son had to do in his new classroom. Without thinking it through, he plowed ahead, drawing a big round head high up on the paper. Then, he went to town coloring the white background green, completely forgetting to leave room for hair. Panic set in, and he tried to erase the green crayon on top of his head. After that didn’t work, he located the blonde crayon which is very hard to find (kids with brown hair: you don’t know how easy you have it) and colored over the green, but you couldn’t even tell.

“Did you try a yellow crayon?”

Having now exhausted all of his hair options, he gave up and used an easily accessible but inaccurate brown crayon and moved on to the nose, eyes and mouth. He tried his best but since he was running out of time they came out awful (especially the mouth) and that’s when he realized he drew his head too high and as a result would now have a big, long neck.

“So when you go to my classroom and want to know which self-portrait is mine, just look for the one that is bald with a long neck.”

We were crying with laughter and I could not wait to see his teacher at pick-up the next day. I told her his self-portrait sounded like a hot mess and she was kind enough to snap a picture of it with her phone so that I didn’t have to wait until back-to-school night.

Here is a side-by-side photo of my beautiful boy and his equally as beautiful (just in a different way) self-portrait: 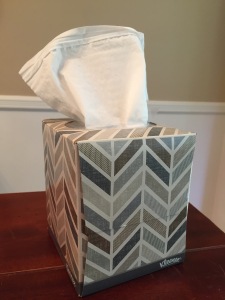 The summer of 1980 was a good one except for the looming reality that I would have Mrs. McLaughlin for fourth grade come September. Mrs. McLaughlin was a veteran and had been teaching the same lessons in math, English, and social studies for more years than my mother had been alive. I was lucky to be assigned to her class, but if I was to believe the rumors being repeated by my classmates, my school year would suck because Mrs. McLaughlin routinely and unapologetically picked her nose and flung her boogers across the classroom.

In my nine-year-old heart, I knew it was probably not true and illegal for a teacher to do such a thing, but I had to wonder how the rumor got started in the first place. I rationalized that maybe she only did it once or twice when she was a rookie and the story simply grew legs, like how ingesting Pop Rocks and drinking a coke immediately afterwards was suicide. Still, for me, even one booger fling was one too many and when the school year started, I watched Mrs. McLaughlin like it was my job. And I swear to you, not once did that woman pick her nose and fling it. She always used a tissue, just like she was supposed to do.

Now that I am a mom, I am keenly aware of the same kind of rumors surrounding my kids’ teachers, but this time they aren’t being repeated by other children but by grown women. Years ago, my daughter was assigned to a teacher that had a very bad reputation. According to local legend, she was really mean, and her students were miserable. As a result, my daughter didn’t have any friends in her class because the moms who were “in the know” had long before met with the appropriate authorities to make sure their kids wouldn’t be assigned to her class. Actually, that’s not true. There was one friend, and I was relieved, but on the first day of school, we learned that even that girl was moved to another class.

I was beside myself, and called the principal to complain. I didn’t ask for my daughter to be moved, but I wanted him to know how wrong it was for him to take requests from parents based on rumors. In my rage, I may have even shared with him the booger flinging story from my childhood.

As you can guess, my daughter’s teacher that year wasn’t mean. She was fine; great, in fact, and was quite dedicated to her students. Her only transgression, I remember, was not knowing what an Angry Bird was.

Today, I am waiting for an email from my kids’ school that will let me know what teacher they will have. If the rumors this year are true, one of my kids could get a teacher who has ridiculously high standards and unrealistic expectations and as a result will completely erode his confidence. In addition, I am worried that my other child will get a teacher who for whatever reason just doesn’t care anymore.

I try to rise above all of the chatter, but admittedly, it’s hard. I really do not know what I am going to do if my son gets the “tough” teacher. I have only seen her from a distance yet I am petrified of her. I am going to want to be strong for him, but I am afraid he is going to see me sweating and I certainly don’t want to lie to his face that everything is going to be OK. For him, Armageddon may be coming and I want him to be prepared.

With my other son, if his teacher really just doesn’t care anymore, that would mean it’s up to me to teach him new math and we all know how well that is going to go.

We will see what happens, but for now, I remain blissfully unaware of what teachers they will get and by default how the school year will be. It almost makes me want summer to never end. Almost.

Lunch packing went smoothly this morning thank you very much, but we had some other hiccups: one kid forgot to put on underwear, one fished a dirty pair of shorts out of the hamper, and one had to scramble when her walking buddy decided to drive at the last minute. Oh, and the whole town smells like hot, rotting garbage. But even with these twists, their excitement was palpable. They were so ready, especially my last, and I’m so proud of them! Go get em guys!

As for me, the dog was scratching and barking at the bathroom door while I took a shower, someone (me) ate the yogurt I was supposed to put on my face, and I ran out of vegetable oil in the middle of making after school corn muffins. I was going to substitute olive oil but somehow that seemed wrong, so I melted some butter and said a prayer. Baking is not my thing. I once made cookies that never graduated from the batter stage; they looked exactly the same coming out of a 350 degree oven 30 minutes later as they did going in. And my daughter’s birthday cake would not come out of its pan no matter how much I begged and cried. I’ve decided it has something to do with my equipment, even though it’s all from Williams-Sonoma and collectively cost more than my husband’s 2006 Acura TL is currently worth.

Still planned for today is a pedicure and a quick trip to Party City, although what I really want to do is sneak into the Junior School and organize my daughter’s locker.

School begins in just two days and while unmitigated joy is still the predominant emotion, I’d be lying if I didn’t admit to a little bit of anxiety. I am worried about how well my kids will adjust to their new schedules, if anyone will be mean to them, and if I will have to deal with lice again. But these not-so-small issues pale in comparison to the anxiety I have over lunch packing. Holy mother of God, the thought of packing lunches and snacks for all three kids every single morning again is enough for me to keep them home all year long. And that is really saying something.

Here is what happens. I wake up, usually late. I know there are alarm clocks but for some reason I don’t think they apply to me. Sometimes I wake up on time, but then leisurely drink coffee until I am late. So with only 45 minutes until the first bell rings, I have to put away the pots and pans from the night before, snuggle on command with each kid, make them breakfast, get them dressed all the way down to their shoes tied and teeth brushed and THEN put together three well-balanced, carefully thought out lunches and two low-sugar, peanut-free, teacher-approved snacks. With drinks. It’s madness and most times I am still in my pajamas when I kiss the kids goodbye in the car at drop-off.

I’ve done a lot of thinking about this over the summer, and I’ve decided I need an entirely new lunch and snack packing system if I am to continue calling myself a good mother. Here is what I need to do:

1.  Get up earlier, which means I have to go to bed earlier. This is not going to happen.

2.  Make two bins: one for the pantry, one for the fridge. Everything in these bins will already be individually wrapped and disposable. Think “grab and go.” Pantry bin items will include chips, granola bars, and crackers while fridge bin items will include fruit, yogurt tubes, and the one veggie my kids will sort of eat — cucumbers, peeled and sliced. I give myself until November.

3.  Limit beverages to only two types: water in reusable sippy cups (I like these Rubbermaid Litterless Juice Boxes) for snack and lemonade cans for lunch. Honestly, I wish I could just skip the beverages altogether. I mean, sippy cups, juice boxes and bottled water did not even exist when I was a kid and I survived just fine. Thrived, in fact. Can’t they just use the water fountain?

I am confident that this new system will deliver me from the chaos that took over my mornings last year, and the year before that, and the year before that. I am also pretty sure it will be a breeze to implement thanks to my new daily schedule that has me cooking while everyone is in school and not in the evenings when I clearly should be focused on the next day’s lunch. How do you tackle the monster that is lunch packing?